We were sitting at a restaurant – on the deck overlooking a busy road and car park.  The location was not wildly exciting.  Exhaust fumes and seafood are not meant to be complementary, I know, and the annoying droning of engines, stopping and starting, spoils any attempt at creating a romantic-dining ambiance.  Eventually, we were forced to sit back and enjoy the people-watching-entertainment, getting up close to pass comment, sharing a laugh whilst competing against the blaring background music which seemed intent on drowning out any significant conversation.  Fortunately, the company was hot, hot, HOT – perfect for a lazy, balmy, Summer’s afternoon.

We watched as a bulky, pot-bellied man attempted to parallel park his rather large van.  He was successful, but only the second time round.

Amused, I wondered aloud if I could still do that, not doubting the answer for one second.  I reasoned that driving must be much like riding a bicycle – once you’ve learned how to do it – you never forget it.  Right?

At that very moment, every fiber of my naturally-competitive-being ached to climb into a car to prove to the world, and my man, that I was still a good driver despite his apparent indifference.  Perhaps, it was my own insecurities because women are often knocked, by society, for their driving skills and constantly made to feel incompetent behind the wheel of a car.  Or, maybe, it is my primal need to prove my worth to humanity in spite of my disability.  I don’t know.  But, I’ve never known a man to admit that he was an awful driver – or a clumsy lover for that matter.  I think women could learn a thing or two from that arrogance confidence.  Don’t-ya-think?

Anyway, just the mere idea of driving a car again got me thinking all melancholically, leaving me feeling like the bug on the windshield.  Doesn’t life just suck sometimes?

Everyday my newsfeed on Facebook or Twitter is filled with raging status-updates from frustrated people trapped in so-called rush-hour-traffic, despite nothing moving anywhere for hours on end.  In a sense, they feel as stuck and confined as I do.  And yet, I would give anything to swap places with them. 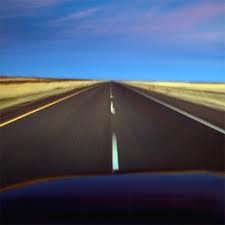 To me, a car represents power, freedom, privacy, independence and more – everything I could ever wish for as a quadriplegic strong, liberated woman.  A car is sooooo sexy!

I miss being able to pull up to the red-traffic-light, right next to a drop-dead-gorgeous guy in a fancy sports car, look him sassily-dead-in-the-eyes over the top of designer sunglasses, rev the engine, drop a gear-or-three, screeching off at top speed.  Yes, I am a flirt!  But, only when I can get away – fast!

The competitor in me misses the challenge, accomplishment and satisfaction of reversing, and skillfully maneuvering, out of a difficult, no-freaking-way-out situation or squeezing into a tiny, how-the-hell-did-you-do-it space without so much as a scratch on the paintwork.

The control-freak in me misses that feeling of domination as you change the gears, accelerate shamelessly and explore the power of the engine whilst turning that wheel.  Yeah, baby!

The adrenaline-junkie in me misses the flutter in my tummy as you press your foot down on the pedal, a bit harder, to go just a little faster, knowing that you are already over the legal speed limit, hoping you won’t get caught, and if you do, wishing that the traffic officer will succumb to your bashful, flattering excuses.  But… but… oh, Officer!

The hopeful, wannabe businesswoman in me misses the smell of the plush-new-leather upholstery, giving you a sense of classy affluence albeit somewhat false, knowing that the bank owns every-shiny-darn-inch-of-it and you’d better work your butt off if you’re gonna keep it.

The next “So You Think You Can Dance” finalist in me misses the opportunity to do the oh-so-sexy-upper-trunk Salsa to the crooning voices on the radio.

The budding pop-star in me misses the chance of turning up the volume louder-than-you-can-sing, on the more-expensive-than-your-car sound system, to drown out your horribly-out-of-tune voice as you belt out your favourite song, so that not even Mr. Simon Cowell will deny that you are America’s next Idol.

The rock-star in me misses the wild, head-banging through an ear-splitting rock song on the stereo as the car pulsates through the traffic and the other drivers shake their heads at you in pity.

The Dr. Phil in me misses counseling all the potential road rage disorders using a sign-language-that-only-I-can-understand involving a very effective middle finger.

The Oprah in me misses listening to live chat shows and having deep, meaningful conversations with a most profoundly-persuasive inner-voice, which only seems to come out in the privacy of a car, and then, in the real world, you are left a bumbling idiot.

The chocolate connoisseur in me misses devouring a slab of smooth, Swiss chocolate, on the quiet, with only your own guilt as witness, that is, until you confess all to your scale in the morning.

The little girl in me misses craning my neck and sneaking a glance in the rearview mirror, in anticipation of hearing the fairy godmother whispering: “You, Snow White, are the fairest of them all”, that is, only after I have dug the boogers out of my nose, despite subconsciously hearing my mother’s voice, nagging me to stop.

The dreamer in me misses the comfort of a temporary escape into my own, fantasy world away from all responsibility and the harsh realities of life.

I miss the privacy of the car as a place to express my deepest emotions – my joys, hurts or anger – and to just be me, without judgment from anybody.

Oh my God, this is driving me crazy.  Take away the keys.  Quick.

Author of Brave Lotus Flower Rides the Dragon – an intimate and inspiring memoir of a quadriplegic. Inspirational Speaker. Teacher. Counsellor. Wife. Mother. Animal lover. Although I need a wheelchair to get around, it is most certainly not what defines me.
View all posts by Tracy Todd (Brave Lotus Flower) →
This entry was posted in Uncategorized and tagged driving, Humour, inspiration, motivation, quadriplegic, Tracy Todd. Bookmark the permalink.